Musings on evolution, observations of the evolved 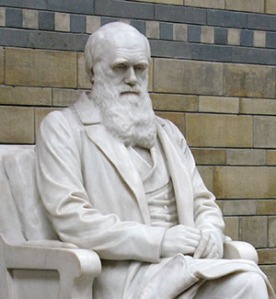 Well it might be a bit of a cliche to bring up the great man in my first post, however it seems as good a place to start as anywhere. But of course Darwin was not the discoverer of evolution. His original idea was the theory of change by natural selection as an explanation of how evolution happens. By amassing such a huge amount of detailed research and explaining every step of his thinking in great detail, he finally put evolution into the minds of the general public and caused a fuss and fascination that continues to this day.

The first ideas about evolution date back even as far as the ancient Greek philosophers. There were a few suggestions about how animals may have come about and that they might undergo change, but they don’t bear much comparison to modern science. It was not until the 17th and 18th Centuries that some clearer ideas about the gradual change of species began to arise, but an explanation of how it might happen was still elusive. Then in 1809 the Frenchman Jean-Baptiste Lamarck put forward one of the most important theories of the time. He considered that characteristics acquired during the lifetime of an individual would be passed on to it’s offspring. So, for example, if an animal used a particular muscle to a great extent and built this muscle up very strongly, this larger muscle would then be passed on to the next generation. Modern genetics, of course, tells us this is not true.

Then came Darwin’s Origin of Species, or, to give it it’s full title – On the Origin of Species by Means of Natural Selection, or the Preservation of Favoured Races in the Struggle for Life – in 1859. Note the lack of the word evolution, and it is a word he uses very few times throughout the book. I don’t know if he did this on purpose, but it does seem a little strange.

Very briefly, his argument was this. He noted that all individuals within a species showed variations from each other. He also noted that there were far more offspring than could possibly survive, and so there would be a struggle for existence. He therefore concluded that those varieties with beneficial traits within a particular environment were more likely to survive and prosper in the population, so giving rise to gradual change and eventual extinction of the less favoured variety. Given enough time and enough generations the changes would be sufficient for a new species to come into being.

There is a beautiful simplicity to the theory, but given the immense amount of time that life has existed, there is also a beautiful complexity and variety to the life forms that we see today as a result of evolution. I’ll leave the last word to the man himself. This is the closing sentence from The Origin of Species, and I find the last word a little ironic.

There is a grandeur in this view of life, with its several powers, having been originally breathed into a few life forms or into one; and that, whilst this planet has gone on cycling on according to the fixed law of gravity, from so simple a beginning endless forms most beautiful and most wonderful have been, and are being, evolved. 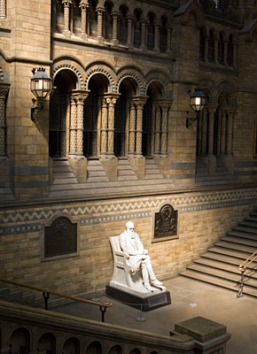