Musings on evolution, observations of the evolved

The Pinnacle of Evolution

Is there a pinnacle of evolution, and if so what might it be? Perhaps, since we’re all humans here, then any answer we might come up with is bound to have a certain bias to it, or at least, it’s just going to be an individual’s viewpoint. Even so, and bearing this in mind, how might we judge and rate a pinnacle of evolution? We humans can get very enthusiastic about finding ways to rank things and then decreeing what is the top dog, leaving the rest to pale in an inferior wake.

So, what means of judgement could be used and what might come out on top? Perhaps something that’s evolved to thrive in temperatures way above that of the usual boiling point of water is pretty amazing from a human standpoint, and ought to make the shortlist. Or maybe the organism that grows to the largest size should be deemed the best – that prize probably goes to the giant sequoia which can grow to about 2000 tonnes. But that’s just an individual organism, wouldn’t it be better to consider a whole species instead? We can do that by working out their biomass – the combined weight of all the individuals within a species – and the answer comes as a bit of a surprise. I’m sure many would think that humans would come out on top here, but it’s actually the humble little Antarctic krill, the staple diet of many a whale. These unassuming crustaceans only weigh about half a gram each, but the combined weight of their 800 trillion individuals adds up to more than any other species. That’s got to equate to success surely?

But why stop at species level – why not look to groups for evidence of evolutionary excellence? We’re going to have a problem about defining what constitutes a group, but that aside, the beetles are going to fare pretty well here. Out of around 1.5 million species of organism currently known, about 400,000 of them are beetles (plus about 3,500 new species are described every year), so they must be doing something right.

Then, of course, we could look to excellence at a particular feat – some things have clearly evolved features that surely put their ancestors in the shade. But again, what criteria to choose? Flight is a pretty amazing evolutionary achievement, so the prize could go jointly to bats, birds and insects, though perhaps we ought to choose the best flyer amongst them – would that be the fastest, highest, most maneuverable or the long distance record holder? 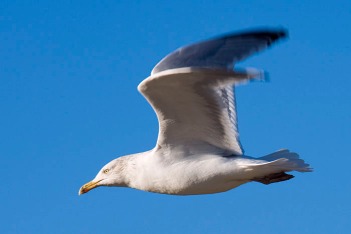 Of course there are countless achievements we could pick on, but in our human conceit we’re going to have a natural tendency to keep on returning to brain-power as the natural one to choose over all others. But why should this be? True, the use of our brains probably means we have been able to thrive in more parts of the globe than any other single species, but by all other means of judgement we are inferior to at least some other life forms, and in most areas, vastly inferior.

So the point I’m leading up to, is that making any assessment on evolutionary achievement is arbitrary, subjective and unscientific. It’s easily possible to come up with a thousand different answers depending on how we choose to make a judgement.

But there’s also a more important fundamental issue here. The very idea that evolution has been leading to some kind of pinnacle – or leading anywhere for that matter – is a flawed notion. Evolution is just something that happens. It happens first due to random genetic variation by mutations, then through natural selection causing change in a whole population. This evolution will often have a tendency to create more complexity, but to rate this complexity as superior is purely a human judgement. Evolution doesn’t produce something better – it just produces something better fitted to the ever changing environment.

But of course, not everything needs to change to thrive. I’ll return to the first example I gave as a possible pinnacle of evolution. Something that’s evolved to live in temperatures above the normal boiling point of water seems pretty amazing from our perspective. But current research is suggesting that the very first life forms could have come about in just such an environment. Water in the deep oceans becomes heated in places where larva leaks through the thin crust. The high pressure down here keeps water liquid at higher temperatures than at the surface where it would boil, and it could have been in this type of environment that the first life forms came to be. Similar organisms still exist today in the form of archaea (previously classified as bacteria). So something that seems to us to be pretty extraordinary, perhaps needed no evolution at all to be what it is – it was, after all, the first thing to come into being. But equally fascinating is the fact that the archaea are still very much around today, and still forging a living in basically the same form. They have been evolving for exactly the same duration as a bat a beetle or a buttercup, and they are every bit as successful. In fact almost certainly more successful – after all, they’ve been around for about 4 billion years and they will still be around after those three have long gone. 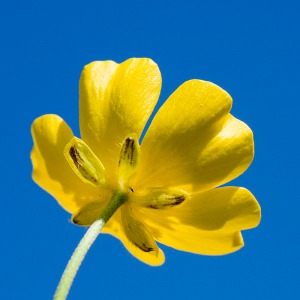 So, evolution might sometimes produce more complexity, or sometimes it might not. But to class one thing as better than something else in any way is just a biased, subjective and human-centred opinion. Evolution doesn’t work in that way – it has no agenda and it is not progressive. It cannot react, it can only be buffeted on the waves of happenstance, through the chance of mutation and natural selection. If success is defined by survival of an evolutionary line, then it seems that change is not necessarily a requirement. Sometimes simplicity is perfection, and perhaps sometimes that’s all that’s needed to survive.